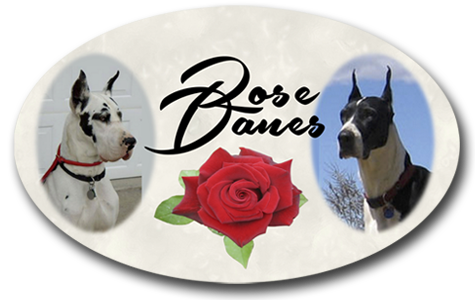 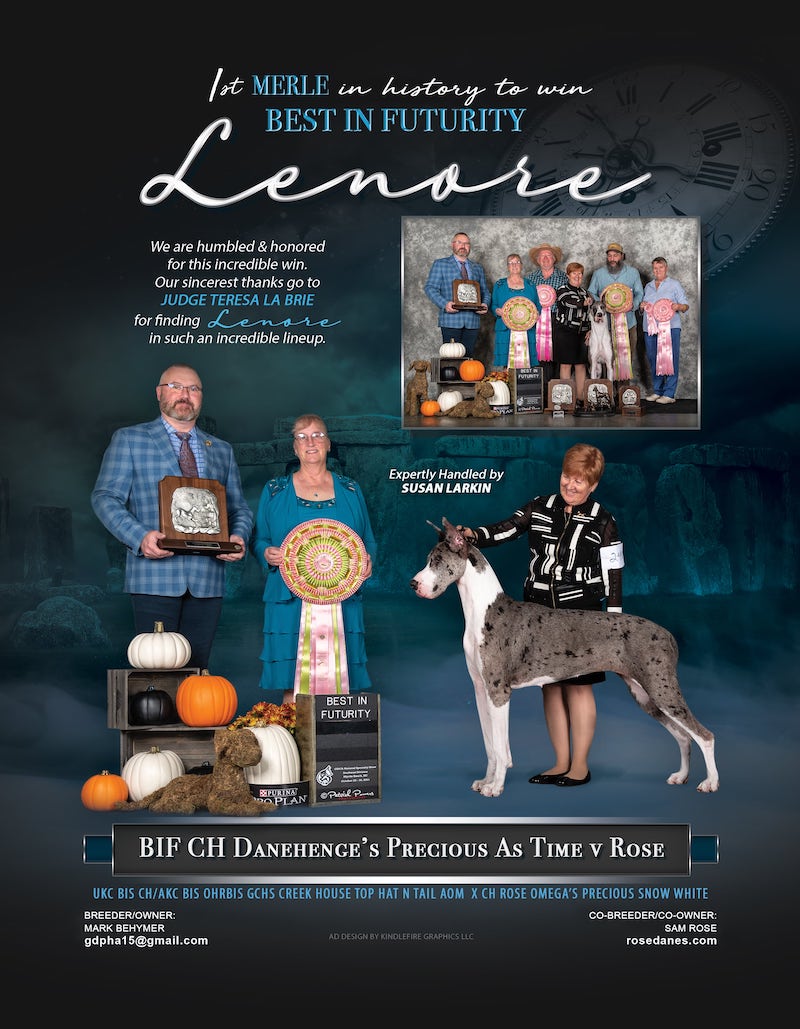 LENORE is the first Merle in Great Dane History to win the Futurity!! 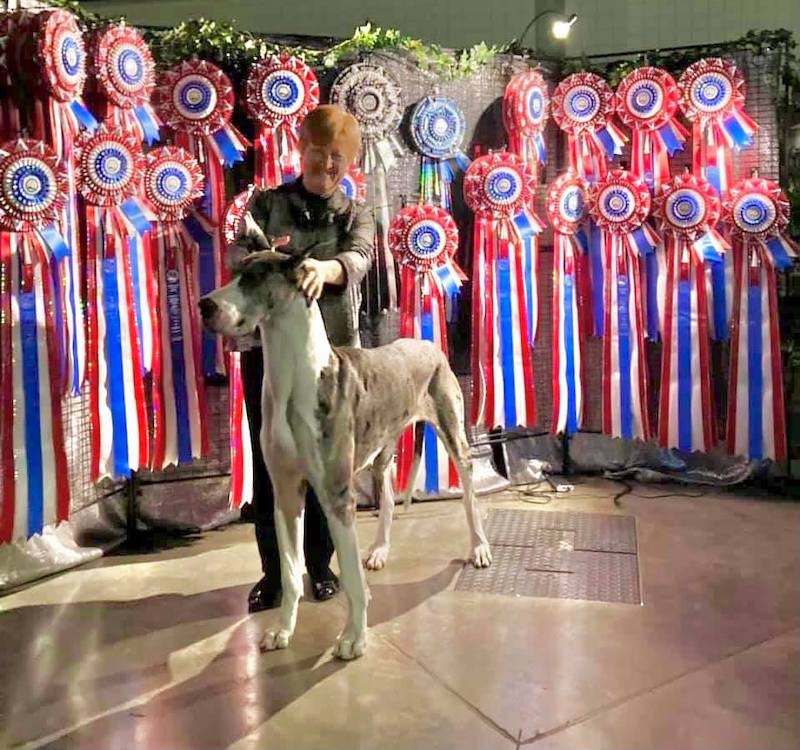 Thank you, Dustin Mayfield-Jones, for this pretty picture of Lenore just before the twirl with handler Susan Larkin around the Top 20 ring celebrating the Best in Futurity Winner.

She was awarded BIF, Best in Futurity.  Her Breeders Mark Behymer and Sam Rose were each given the BIF Breeder award. 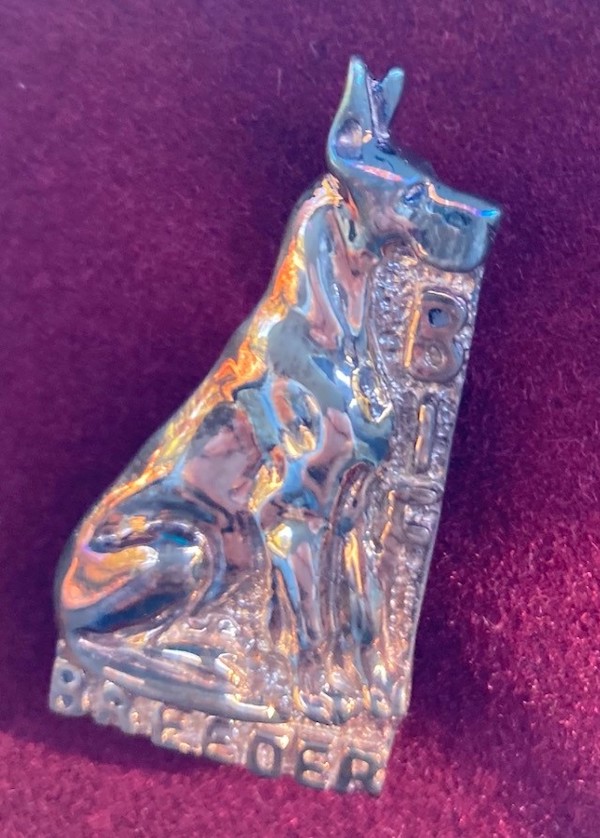 This was at the National Great Dane Club of America annual competition, held this year 2021 in Myrtle Beach, SC.

Way to go LENORE, with THANKS to all who helped make this happen. 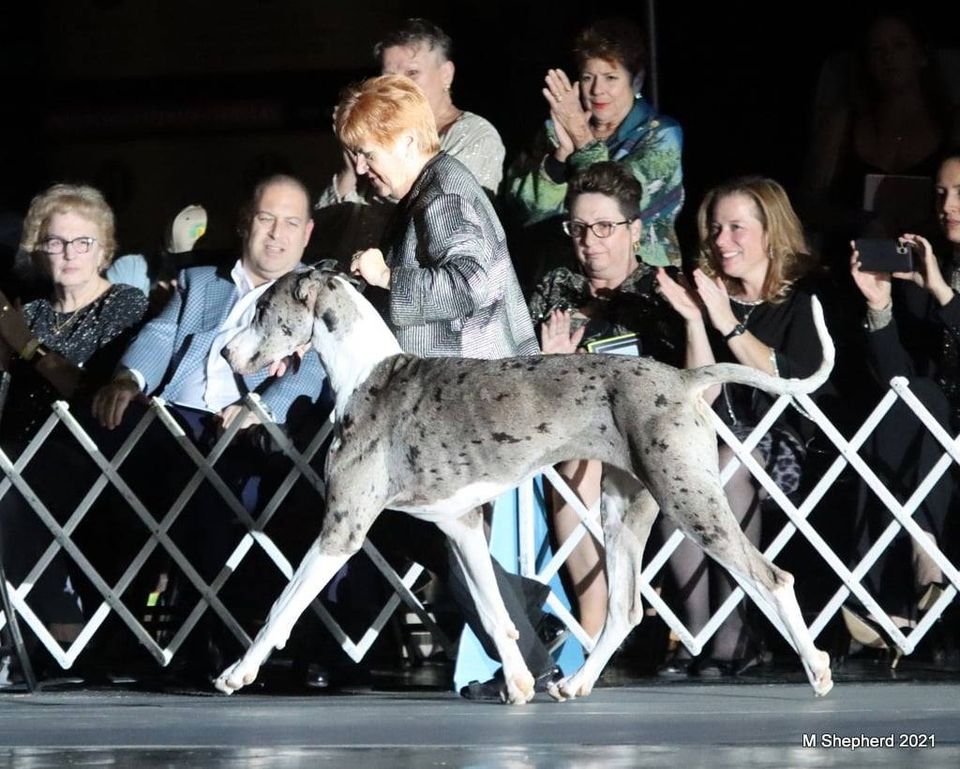 Thanks to Susan Larkin who expertly handled LENORE… at the GDCA National Futurity.

I love this shot taken by M. Shepherd as LENORE opened for the Top Twenty competition.

It is a tradition that the Great Dane that wins the Futurity is the first Dane around the ring as the Top Twenty competition begins.

LENORE is known for her exquisite movement.

Next two weekends after the October 2021 GDCA National, LENORE competed and finished her championship… lovingly shown by her primary handler Kala Brown. 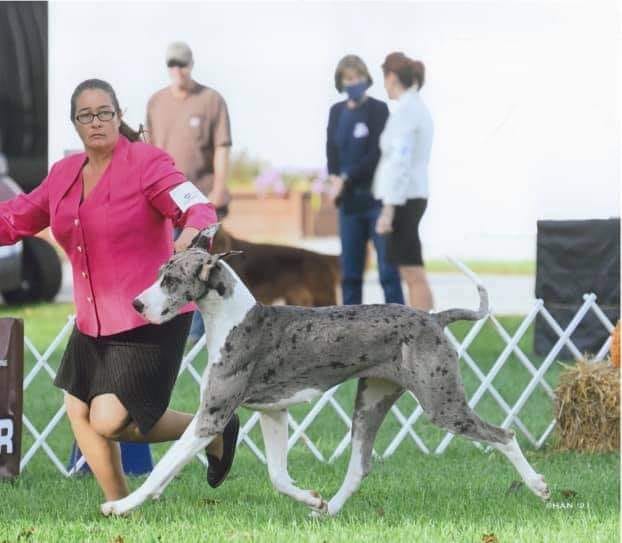 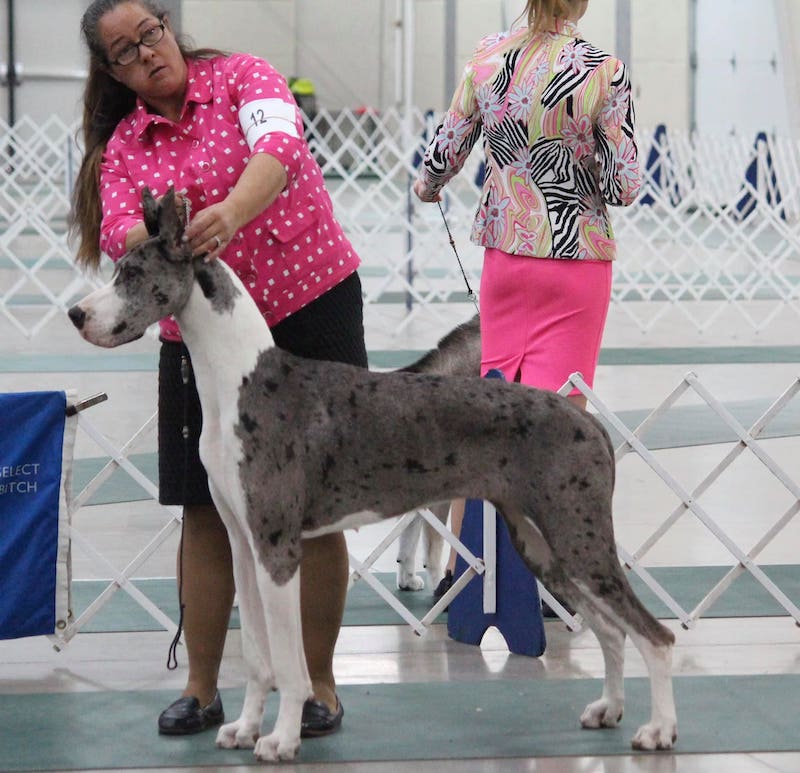 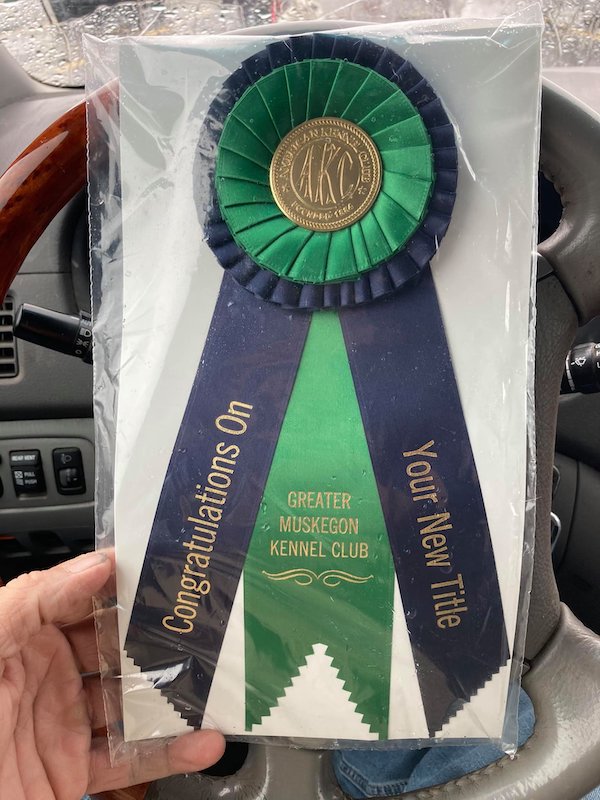